Power electronics is the application of solid-state electronics for the control and conversion of electric power. Power electronics control system consist of various electronics technologies which include a power converter, sensor, and control technology based on analog or digital circuitry.

Power electronics can be found wherever there is a need to modify a form of electrical energy (i.e. change its voltage, current or frequency). The power range of these systems is from some milliwatts (as in a mobile phone) to hundreds of megawatts (e.g. in a HVDC transmission system). With "classical" electronics, electrical currents and voltage are used to carry information, whereas with power electronics, they carry power.

An AC/DC Inverter is the most typical power electronics system found in many consumer electronic devices, e.g. television sets, personal computers, battery chargers, etc. The power range is typically from tens of watts to several hundred watts. In industry, the most common application is the variable speed drive that is used to control an induction motor. The power range of VSDs start from a few hundred watts and end at tens of megawattes. 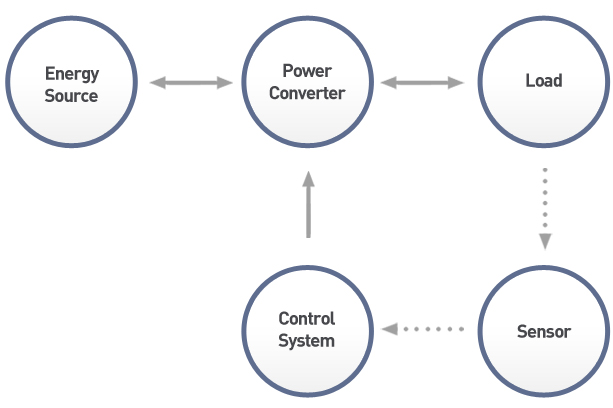 In modern power electronics, it is highly demanded to deliver more power in a more efficient manner, and in smaller footprints at all stages of the power-delivery chain, from the smart grid to the end application. Wide Band Gap (WBG) semiconductor and High Power Density (HPD) technology are the key to realize a future power electronics from a small consumer electronics to a heavy power grid transmission and distribution power electronics.

The wireless power transfer technology that allows to transfer power without burden wires is the one of promising technology for our future. The EPECS lab develops a revolutionary technology to realize a true position free with a long transfer distance under high efficiency, in the fields from a well-known smartphone charging pad to a future space-based solar power (SSP).

The need to improve the reliability of the power grid and the challenge of integrating renewable energy sources into power systems have been tremendously demanded. Our Modular Scalable Converter based on series- and/or parallel- configuring technology offers revolutionary versatile approach to meet these demands. Some examples of this technology include a High Voltage Direct Current (HVDC), Flexible AC Transmission System (FACTS) and Solid State Transformer (SST) where  a high voltage and/or large current power electronics circuit with several smart functionalities, high efficiency, and high reliability is essential.

The motor control operates a speed of an AC motor by controlling the frequency and voltage of the power supplied to the motor. Its application includes home appliances, factory automation, and electric motor and traction motor propulsion system for some electric and diesel-electric rail vehicles as well as electric vehicles. The EPECS lab especially focuses on the technology of a modular scalable motor drive system and  sensorless vector control. 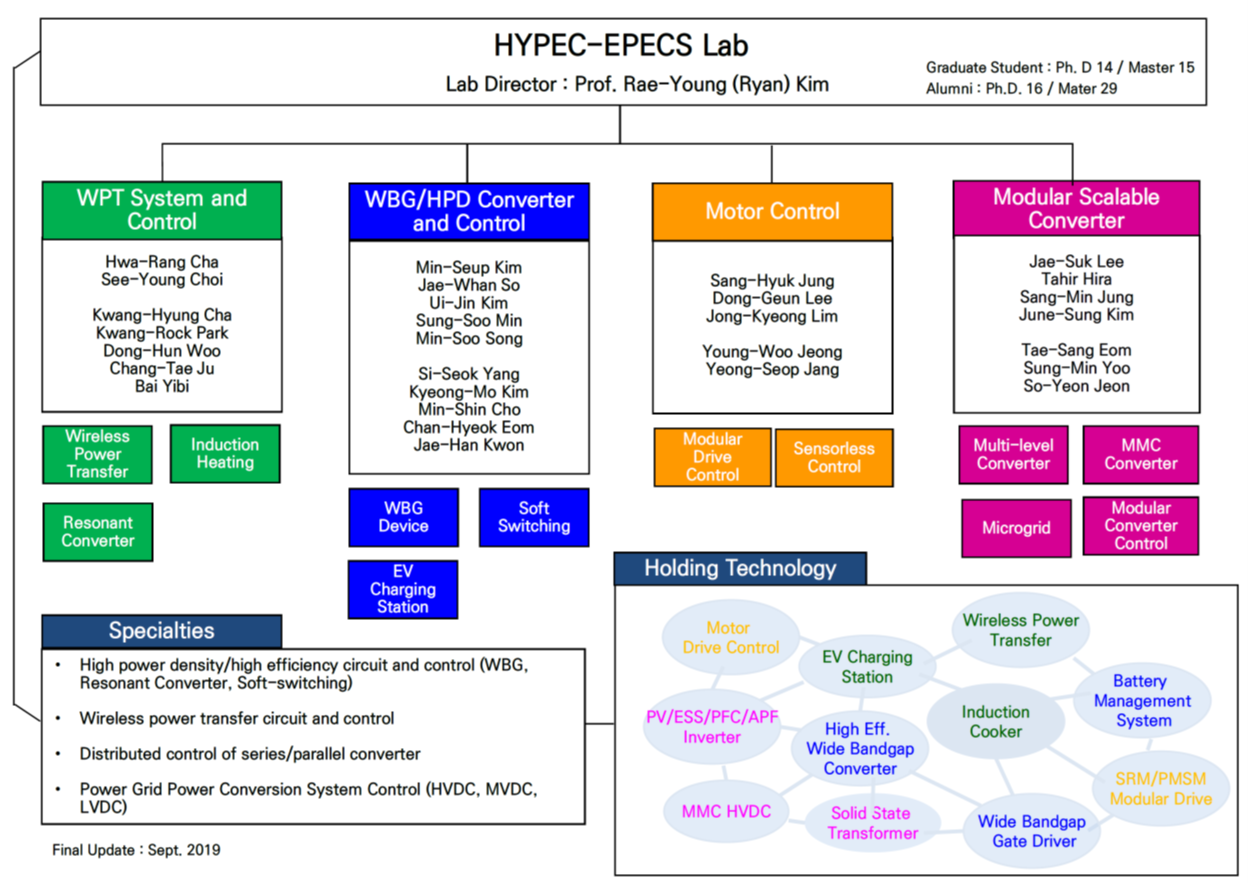 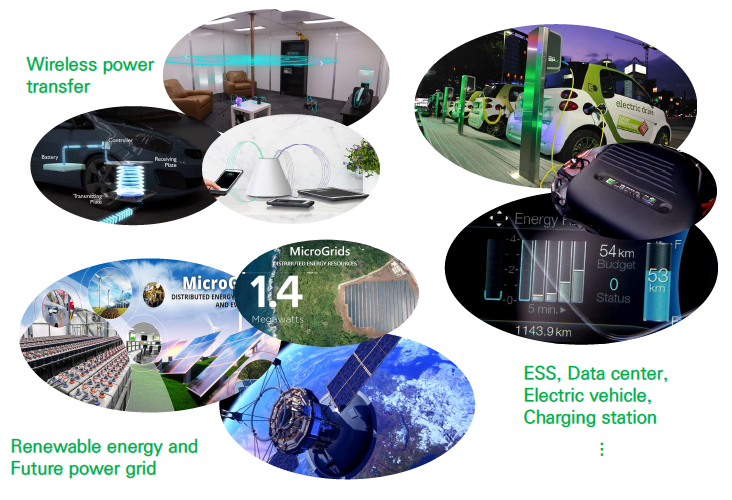