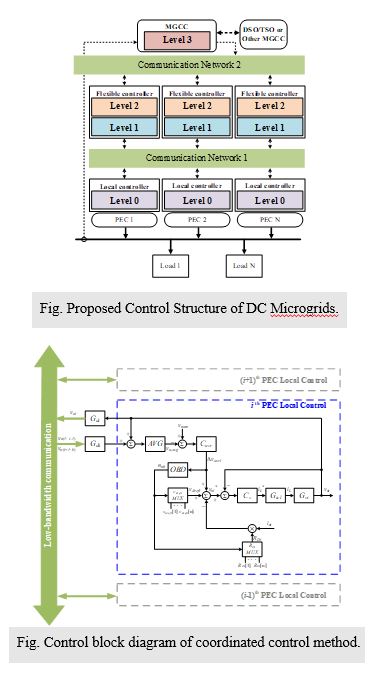 Direct current microgrid (DC MG) is a power grid capable of generating, consuming, and storing energy. The increase in renewable energy sources or users requires an increase in the scalability. Therefore, various studies have been conducted to improve the scalability of DC MG. Researches on control structures based on the control hierarchy have been carried out.

In addition to the control structure, the study on the control method to increase the scalability of the DC MG is needed. In the presence of a higher control entity such as a microgrid central controller (MGCC), it is possible to monitor the global information and to achieve optimal management of DC MG. However, the scalability is low because the operation of all subsystems is predetermined by MGCC and requires promised data transmission to each other. Therefore, various coordinated control methods have been studied to overcome these disadvantages. However, conventional coordinated control methods have drawbacks such as the occurrence of voltage deviation or weak energy management due to the absence of global information. Therefore, in this research, the coordinated control method that can restore the voltage deviation and perform energy management by defining a new variable that determines the operation band by reflecting the energy state of DC MG is presented.

In order to analyze the dynamic characteristics of the proposed control system, small signal analysis was performed. To verify the validity of the proposed method, various experiments were performed using hardware-in-the-loop simulation and lab-scale DC MG. 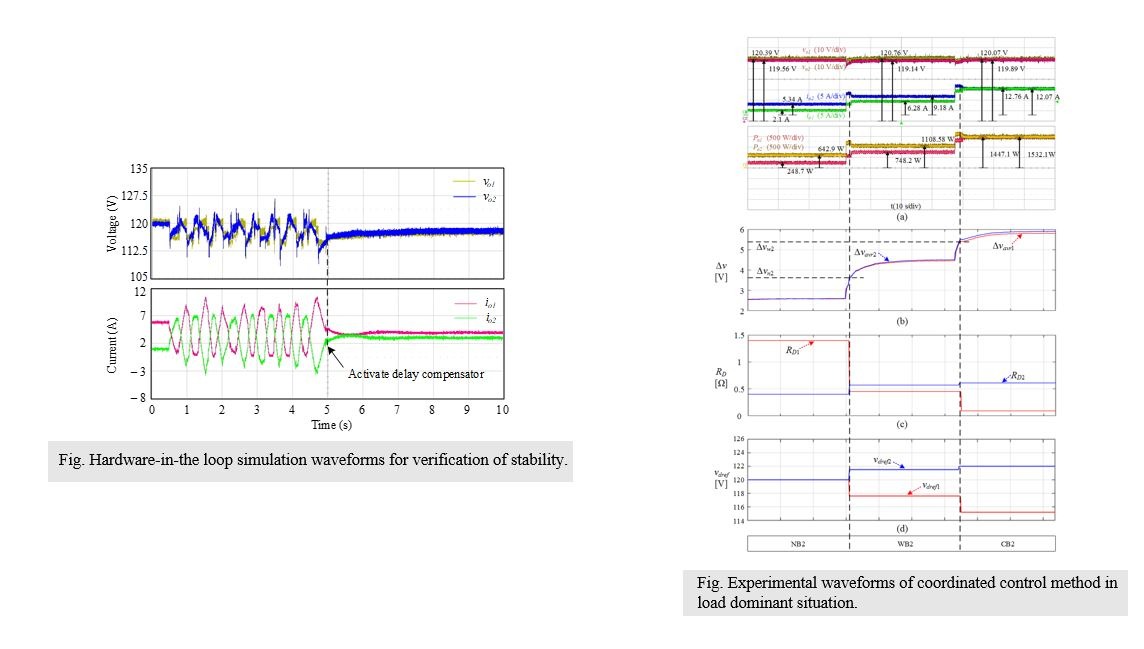